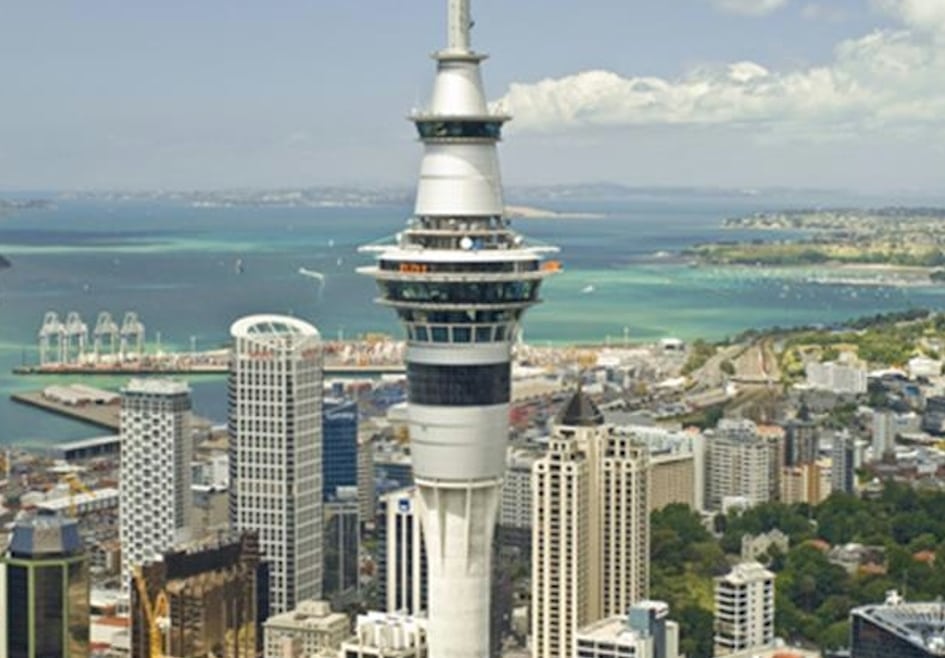 The Sky Tower is a telecommunications and observation tower in Auckland, New Zealand. Located at the corner of Victoria and Federal Streets within Auckland city’s CBD, it is 328 metres (1,076 ft) tall, as measured from ground level to the top of the mast, making it the tallest freestanding structure in the Southern Hemisphere and the 25th tallest tower in the world. It has become an iconic landmark in Auckland’s skyline due to its height and unique design.

The tower is part of the SkyCity Auckland casino complex, originally built in 1994–1997 for Harrah’s Entertainment. Several upper levels are accessible to the public, attracting an average of 1,150 visitors per day (over 415,000 per year).

The upper sections of the Sky Tower

The Sky Tower has several upper levels that are accessible to the public:

The upper portion of the tower contains two restaurants and a cafe—including New Zealand’s only revolving restaurant, located 190 m (620 ft) from the ground, which turns 360 degrees every hour. There is also a brasserie-style buffet located one floor above the main observatory level. It has three observation decks at different heights, each providing 360-degree views of the city. The main observation level at 186 m (610 ft) has 38 mm (1.5 in) thick glass sections of flooring giving a view straight to the ground. The top observation deck labeled “Skydeck” sits just below the main antenna at 220 m (720 ft) and gives views of up to 82 km (51 mi) in the distance.

The tower also features the “SkyJump”, a 192-metre (630 ft) jump from the observation deck, during which a jumper can reach up to 85 km/h (53 mph). The jump is guide-cable-controlled to prevent jumpers from colliding with the tower in case of wind gusts. Climbs into the antenna mast portion (300 m or 980 ft heights) are also possible for tour groups, as is a walk around the exterior.

The tower is also used for telecommunications and broadcasting with the Auckland Peering Exchange (APE) being located on Level 48. The aerial at the top of the tower hosts the largest FM combiner in the world which combines with 58 wireless microwave links located above the top restaurant to provide a number of services. These include television, wireless internet, RT, and weather measurement services.

Sky Tower as part of the Auckland skyline, towering above other skyscrapers

Taking two years and nine months to construct, the tower was opened on 3 August 1997.

The tower is constructed of high-performance reinforced concrete. Its 12-metre (39 ft) diameter shaft (containing three lifts and an emergency stairwell) is supported on eight “legs” based on 16 foundation piles drilled over 12 m (39 ft) deep into the local sandstone. The main shaft was built using climbing formwork.

The upper levels were constructed from composite materials, structural steel, precast concrete and reinforced concrete, and the observation decks clad in aluminium with blue/green reflective glass. A structural steel framework supports the upper mast structure. During construction 15,000 cubic metres (20,000 cu yd) of concrete, 2,000 tonnes (2,200 short tons) of reinforcing steel, and 660 tonnes (730 short tons) of structural steel were used. The mast weighs over 170 tonnes (190 short tons). It had to be lifted into place using a crane attached to the structure, as it would have been too heavy for a helicopter to lift. To then remove the crane, another crane had to be constructed attached to the upper part of the Sky Tower structure, which dismantled the big crane, and was in turn dismantled into pieces small enough to fit into the elevator.

The tower is designed to withstand wind in excess of 200 km/h (120 mph) and designed to sway up to 1 metre (39 in) in excessively high winds. As a safety precaution the Sky Tower’s lifts have special technology installed to detect movement (such as swaying due to high wind) and will automatically slow down. If the building sway exceeds predetermined safety levels the lifts will return to the ground floor and remain there until the high winds and building sway have abated.

The Sky Tower is built to withstand an 8.0 magnitude earthquake located within a 20-kilometre (12 mi) radius. There are three fireproof rooms on levels 44, 45, and 46 to provide refuge in the event of an emergency, while the central service lift shaft and stairwells are also fire-safety rated.

The top half of the Sky Tower is lit by energy efficient LED lighting which replaced the original metal halide floodlights in May 2009. The LEDs can produce millions of different colour combinations controlled by a computer system. The original lights used 66 per cent more energy than the current LED system. The bottom half is lit by halogen lamps.

During the winter months, electricity consumption in New Zealand increases dramatically. As much of the power reserve in the country depends on the water level of the hydro-lakes, various power-saving schemes are introduced to prevent blackouts. In an effort to promote power saving, SkyCity turned off the tower lighting in Winter 2008, retaining only the flashing red aviation lights. SkyCity is also minimising façade flood lighting across its complex. Simon Jamieson, General Manager SKYCITY Auckland Hotels Group, said: “Like every New Zealander, we are concerned about the country’s electricity supply, and we believe it is our responsibility to make this move to assist with the power saving request.” The tower was reilluminated on 4 August in support of New Zealand athletes competing at the Beijing Olympics.

The SkyTower also use wall lights for different events, for example, they had a LED Santa on the 2007 Christmas.

The Sky Tower is used in support of special charity events. The Leukemia and Blood Foundation of New Zealand organises annual fundraising stair climb challenges, notably the “Firefighters Sky Tower Stair Challenge” which sees firefighters from around New Zealand race up 1,108 steps (out of 1,267 total steps), Climbing the Sky Tower stairs has been described as a “vertical marathon”.

For celebrations like New Year’s Eve and Chinese New Year SkyCity Auckland projects an impressive fireworks display from the Sky Tower which can be seen across Auckland. 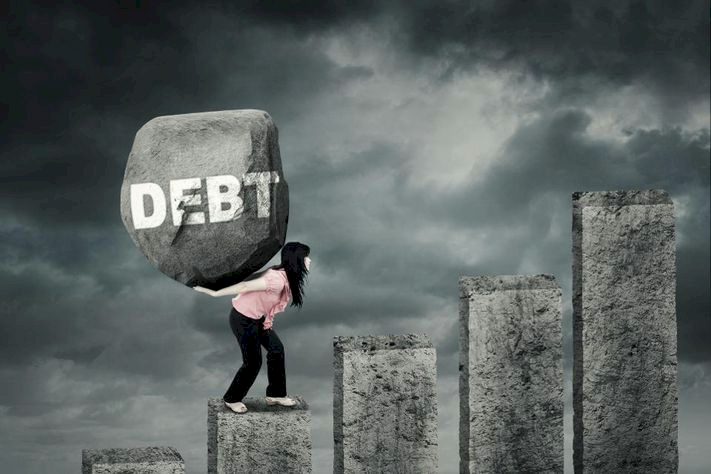 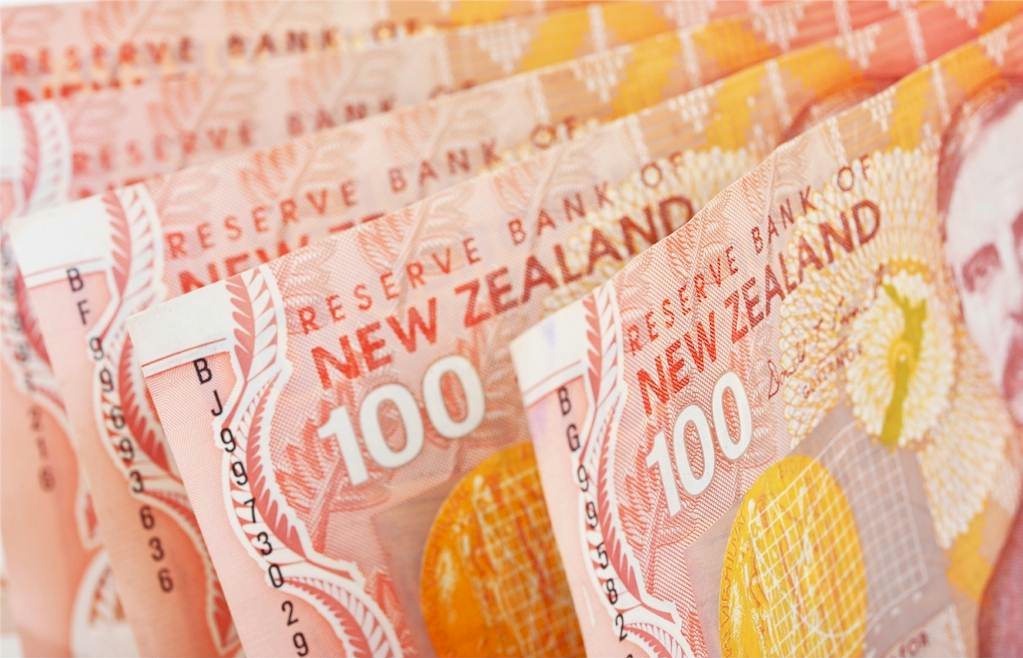 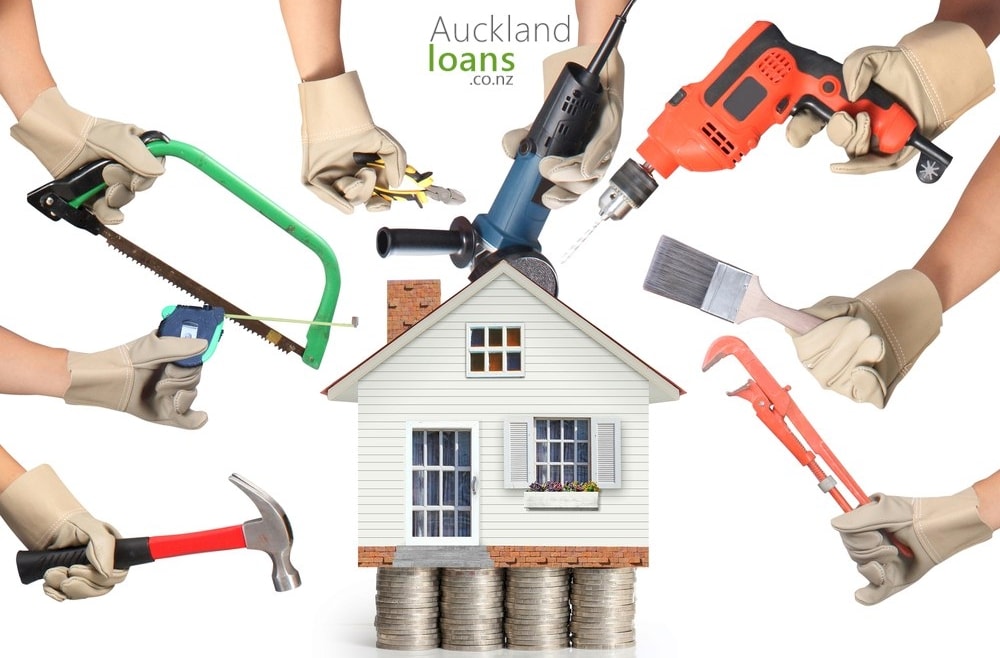 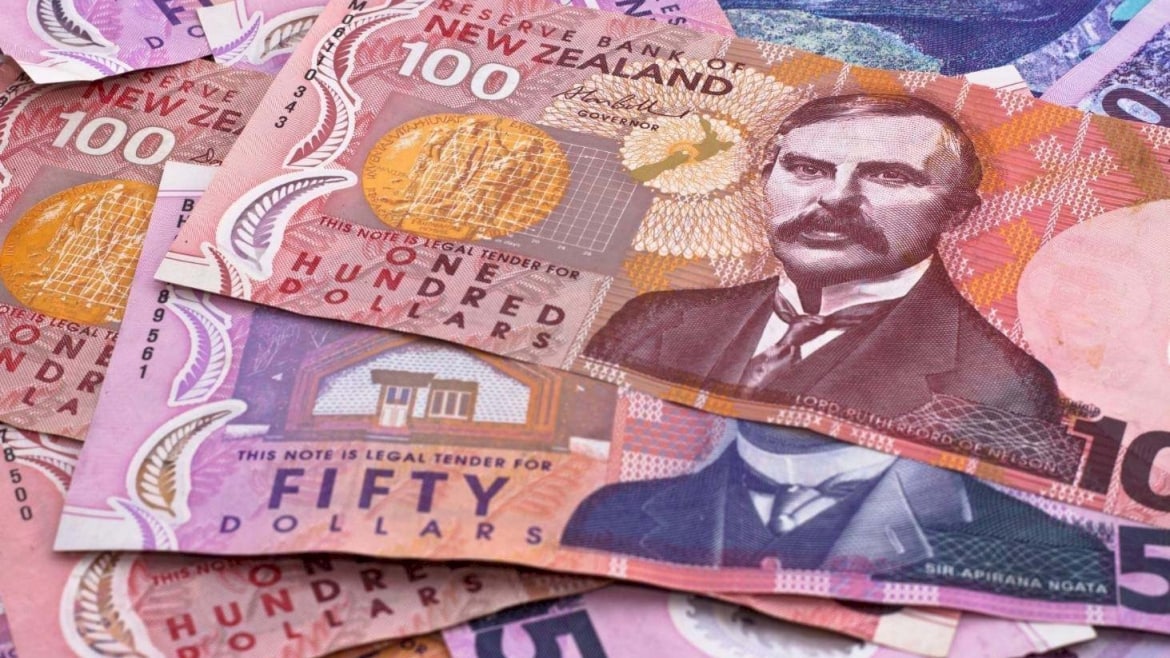 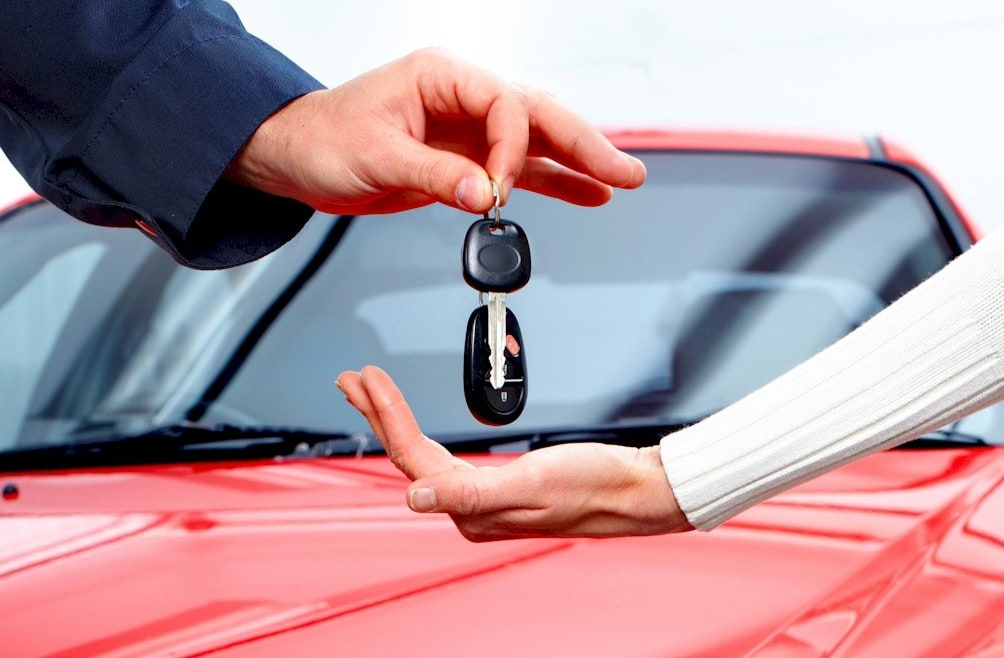 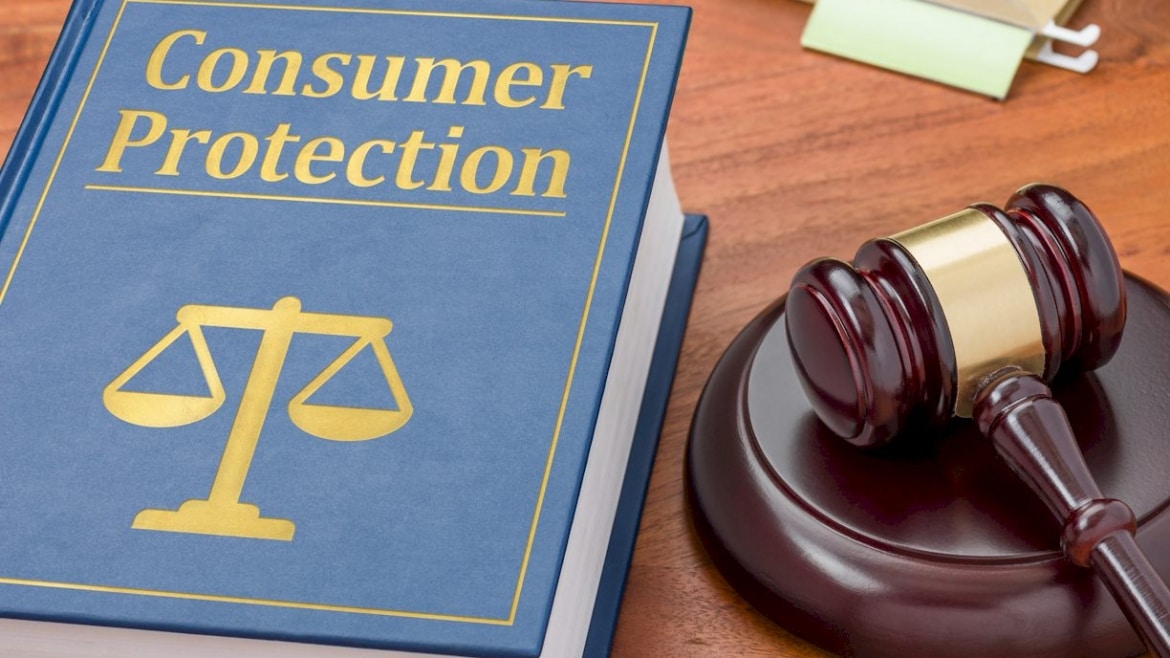